I’m born and bred in Vietnam and earned my stripes in the travel industry as a tour leader, organising a myriad of classic and adventure trips to all corners of Vietnam for Hanoi’s top tour operators from 1999 to 2008.

In 2006, after emerging from countless excursions and accruing an extensive knowledge of the country and network of crucial contacts I began to assist foreign production crews and pioneered their first-ever episodes set in Vietnam – such as Top Gear’s Vietnam Special and Bear Gryll’s Man V Wild.

You name it, I’ve probably done it, but I’ll also be honest with you about what’s achievable here in Vietnam, because although my country has become much more open there are still some restrictions.

Vicky is British and a recent member of ‘Localfixervietnam’ With over 18 years of experience working as a Series Producer and Director across factual television in the UK for highly acclaimed documentaries such as ‘The Ganges with Sue Perkins’ (BBC1) ‘The Arctic with Bruce Parry’ (BBC2) and ‘River Monsters’ (Discovery).

Vicky has extensive knowledge of setting up foreign shoots worldwide including Vietnam; working with Presenters and has a keen sense of story telling.

As a key team member she can guide you through filming in Vietnam as well as help organise, set up, provide editorial and logistical support for your shoot in Vietnam.

Here are a few words about me from ‘The Word: Ho Chi Minh City’ magazine
Read the full article here. 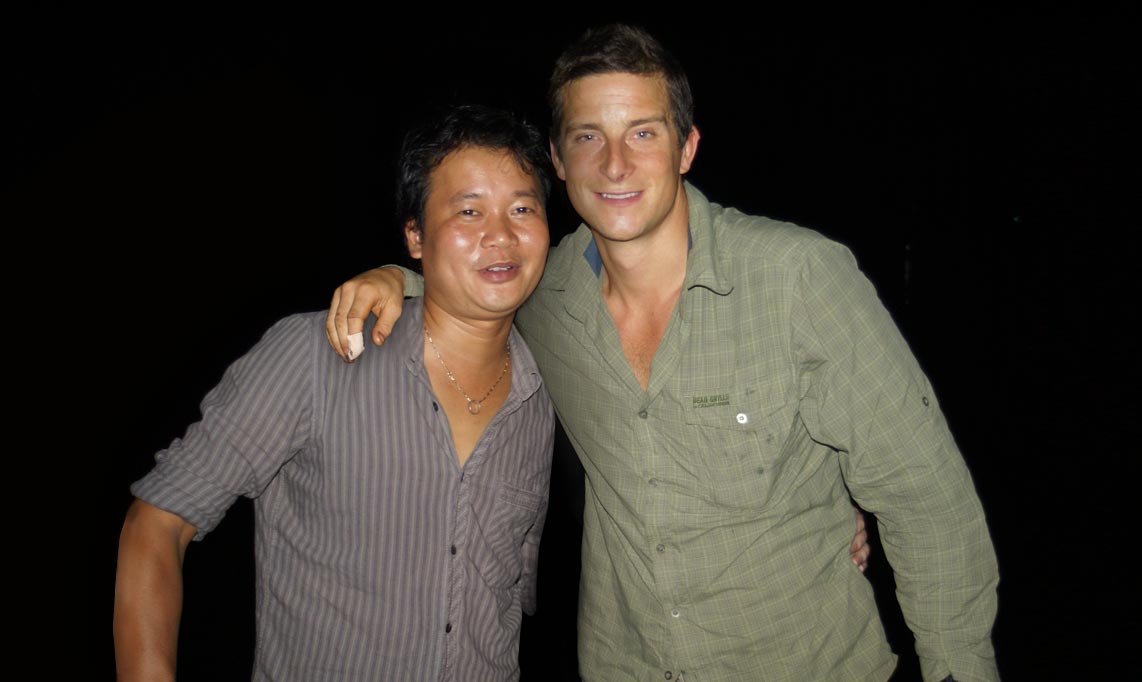 “The best fixer I have ever worked with, a true professional who has perfect English speaking. Motivated, thinks unbelievably quick on his feet. He always got us, where we needed to be and overcame all our daily challenges. We always felt totally at ease with TT”

“Local Fixer Vietnam | Providing Production Support Trung Tien, or TT is a top notch fixer.  High Noon Entertainment hired his company for a week long shoot in Vietnam last year.  He smoothed the way and made our job easy from Ha Long Bay, to Hanoi, down to Dong Hoi and the very long hike to the Hang En cave.  He was a pleasure to work with and in general a fun and helpful guy to have on set.”

“TT has extensive experience in film production throughout Vietnam. He provide our Travel Channel Crew with excellent logistics, production coordination, customs brokerage,  location management, among other logistics. TT stays cool, calm and collected under pressure and is a pleasure to work with.”

“TT’s knowledge of food and Vietnamese culture is invaluable! While we filmed with him in Hanoi and Sapa, he made the trip an absolute pleasure and his energy and passion made him an integral part of the team. TT rocks!”

“My name is Kieran and I’m a Risk advisor/ survival consultant and expedition medic to various TV and film productions . I worked with TT on the production Man is wild ( Vietnam ) and I can honestly say it was a great pleasure to work with TT and his team . He had a vast knowledge of the country and the diverse environments we were filming in. He is a fantastic fixer and came up trumps on every option. I would recommend him to any production in a heartbeat !! Thanks TT”

“TT extrodinaire! Great fixer, great at helping locate stories and people, thinks fast to overcome any situations that might arise. Made the shoot go super smoothly. Great English, great with people and brilliant to have as part of the team. Would thoroughly recommend him.”

“TT is a fantastic location producer. He got what I wanted straight away and came up with some excellent contributors; managed our logistics with ease (although I’m sure it wasn’t that easy!) and even made us banana and chocolate pancakes in the back an beyond.”